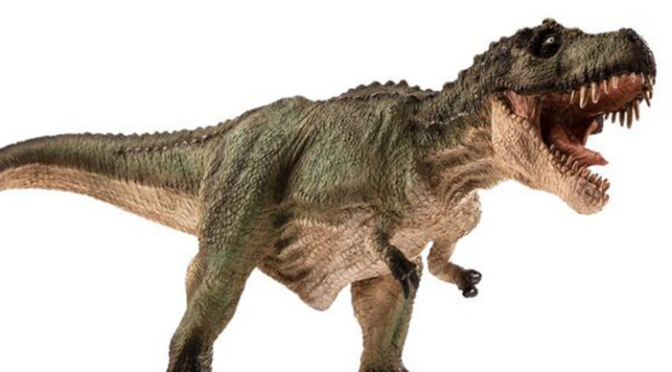 Skulls belonging to T-Rexes have always been found with two large holes at the temple. These holes, known as dorsotemporal fenestra (“fenestra” is Latin for “window”), were thought to be sites of jaw muscle attachments. But a recent study has hypothesized that these holes may have had a radically different function: they may have aided in thermal regulation instead for the king of the dinosaurs.

Kent Vilet, one of the study’s authors, comprares the alligators’–and by extension the T-Rex’s– cross-current circulatory system to “an internal thermostat, so to speak.”

This kind of study is a perfect example of how the current analogues of extinct animals can be used to solve anatomical and other paleontological mysteries.

Dinosaurs were warm-blooded reptiles, and a gargantuan creature such as a T-Rex would have generated an immense amount of heat. These two holes would have acted as an “air conditioner” for the skull. It is also hypothesized that T-Rexes may have panted, much like birds, alligators, and dogs do to cool off.

Since, according to this study, the dorsotemporal fenestra are no longer seen as sites for jaw muscle attachments, it can be concluded that the bite force of a T-Rex may have been smaller than previously assumed.

“The past is but the beginning of a beginning, and all that is and has been is but the twilight of the dawn.”

A rooster at the park.
Traditional Puerto Rican coquito. Fully in the Christmas spirit.
Pawprints!
Morning dew
#bluehour in #puertorico
Sunrise on a difficult day ahead.

Writings and musings on paleontology and other things

Finding Time for Your Self
BREVITY's Nonfiction Blog

(Somewhat) Daily News from the World of Literary Nonfiction

A Year of Meditation

Paleontology, books and other stuff.

A grumpy old scientist discusses issues in paleontology, biology, and science in general from the perspective of skeptical empiricism, plus some other things.

Archaeology in Bulgaria. and Beyond

Blog for the University of The Highlands and Islands Archaeology Institute. Please feel free to share any post.

A daily selection of the best content published on WordPress, collected for you by humans who love to read.